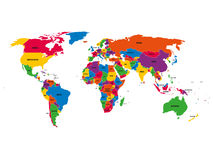 In 2014, the Man Booker prize was opened to writers beyond the Commonwealth, Ireland and South Africa. Since then, 2 Americans have won the prize—Paul Beatty’ Sellout and George Saunders, for Lincoln in the Bardo. But America has been reluctant to reciprocate the Booker’s openness. The US’s National Book Award, the Pulitzer prize for fiction and PEN/Faulkner Award for Fiction exclude foreign writers. This means American readers receive less exposure to foreign stories and foreign styles of English prose. Added to this, is the dismal statistic that only 3% of world literature is translated into English. Opening borders to literary awards would certainly help readers.

As the world becomes smaller it becomes imperative for America to understand the outside world. Mere politics are not able to convey what stories convey— another country’s thought patterns, speech rhythms, historic ghosts and unconscious biases—all of which seep out from the stories a culture tells and the way it tells them. This brings to mind an idea from William Carlos William—It is difficult to get the news from poems, yet men die miserably every day for lack of what is found there.

To read another person’s story is to end up with a larger “circle of sympathy.” In all things, protectionism stifles. One of the greatest attributes of being a reader is how it encourages an open mind. Readers strive to stay out of a parochial mind set and opening up borders would be helpful to that endeavor.