What would the Bard have to say to his many critics if he showed up to mark the 400th anniversary of his death? 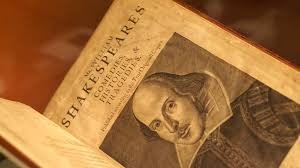 You are in good company if you hold Shakespeare in disdain. The roster of famous writers and celebrated personages who have picked
quarrels with Shakespeare runs long. Who do you most align with—the poet laureate, Nahum Tate, Voltaire, Tolstoy?

Tate adapted King Lear into a crowd pleaser—giving King Lear a happy ending, restoring Lear to mental healthy and marrying Cordelia off to Edgar. He was of the school of thought that insists on happy endings—no matter what!

Voltaire loved and hated Shakespeare. He translated his works into French and perversely meddled and added his improvements. Voltaire knew what Shakespeare really intended to write.

Tolstoy believed Shakespeare was delusional in his praise of Lear. When you don’t agree with something you can always dismiss it with the conviction the person who holds a different opinion from you is simply delusional.

Virginia Woolf’s disdain follows a more common held belief—Shakespeare had a habit of throwing in a volley of words to disguise “when tension was slack.”

What would the Bard have to say to all of this if he showed up to mark the 400 anniversary of his death? He might answer his critics that even the greatest of writers are “such stuff as dreams are made of, and our little life is rounded with a sleep.”