No need for words, really?

Google’s high-tech glasses could be the subject of a science fiction thriller. But they are for real and however controversial they prove to be, they are part of the next generation of technology that will impact the world of communication, as we know it. A recent article in the NYT* highlighted the Google Glass ability to reply to a text message with a photo, where no words were needed to communicate an idea. “Photos will become a new type of dialogue.” I have no issue with photos becoming a type of dialogue. My concern is that this current generation of children might be in dire danger of not acquiring the ability to effectively use language— both verbal and written. People with high literacy skills, with a strong command of language have a distinct advantage in achieving personal and professional success. No one yet knows what will be the consequences of this new generation of devices, Google Glass, Snapchat, or Instagram, but it could lead to a generation of children who will be proficient in pushing buttons and swiping, but who lack the very skills the need to reach their potential. This is cause for concern.
* http://bits.blogs.nytimes.com/2013/06/30/disruptions-social-media-images-form-a-new-language-online/?ref=todayspaper&_r=0

Turn Summer Reading into a reading vacation not a reading assignment. 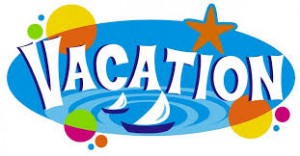 Research indicates that children lose ground academically during the summer months unless they use the skills they learn in school throughout the year.  Note the following: ~ By sixth grade, 80% of the achievement gap is the result of the summer slides between kindergarten and sixth grade. ~ Low-income students lose about three months of […]

“The National Council on Teacher Quality has long promoted over-hauling U.S. teacher preparation” says a recent article in the WSJ.  Here is their recent study: http://coe.unm.edu/research/usnwr-nctq.html Following up on my previous musing on the Common Core’s lack of professional development being a prime cause of poor student performance, the Council’s report said that “fewer than one […]

Who’s Minding the Schools, (NYT) http://www.nytimes.com/2013/06/09/opinion/sunday/the-common-core-whos-minding-the-schools.html?pagewanted=all&_r=0 exposed some of the problems implementing the Core standards and offers a valuable perspective. The current partisan political climate in the US is not helpful to understand the benefits, merits and detriments of the Core. In addition, the Common Core is essentially “an invisible empire, with no public office, no […]