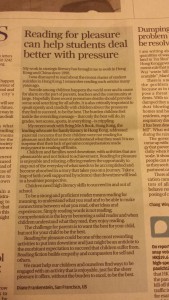 The recent cluster of suicide among children in Hong Kong is disturbing and has provoked some much needed soul searching for all adults. It is critically important to speak openly and candidly with children about the pressures they feel to succeed, to be the best.The burden children feel inside the overriding message— that only the best will do, in grades, test scores, sports —in everything, is crippling. The challenge for parents the world over is to want the best for your child, but not for your child to be the best. http://www.dianefrankenstein.com/blog/ 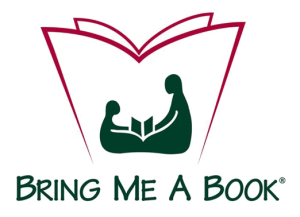 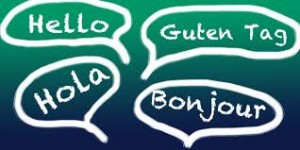 Read to Grow, an organization dedicated to building literacy from birth, makes findings available from Science Daily. It’s estimated that half of the world’s population speaks two or more languages. The unique feature of the study was the finding that the more language switching toddlers engaged in, the more it benefitted the problem-solving skills of […]

The importance of a significant other when it comes to children and reading.

The writer, Graham Greene said books are at their most powerful in childhood—when our minds are most open and innocent; when our imaginations are most alive. Nothing short of another living, loving human being can equal a book in its power to simultaneously move, influence, change, heal, excite, educate, and inspire. BUT initially books are […]

Children come into the world breathing out question marks but only some retain the habits of exploring, learning, and discovering, as they grow older. Those who do so tend to be smarter, more creative, and more successful. So why are many of us allowing our curiosity to wane? A partial answer lies in how the […]