Thank you Wall Street Journal for choosing The Arabian Nights in your column Masterpiece: Anatomy of a Classic. Abraham Lincoln said that “My best friend is a person who will give me a book I have not read.” so often the column Masterpiece serves as my best friend by introducing me to books I would otherwise never meet. Masterpiece is also dear to me when it highlights a book I have loved for many years — reminding me to go back and revisit many of my favorite books from long ago.

I look forward to this section of the newspaper every week, and felt that it was an extra special gift that The Arabian Nights was chosen the day before Reading Together was due to arrive on the shelves. I met The Arabian Nights as a nine-year-old little girl and I immediately fell under the spell of ‘tell me more’ and ‘then what happened?’

As a child I was captured by the power of story telling that came from reading Scheherazade’s stories in The Arabian Nights. Her tales embody the enchantment and transformative power of stories. The Wall Street Journal said, “The most seductive quality of the stories is Shahrazad’s serene conviction that her audience will follow her anywhere. And we do.”

Thank you Wall Street Journal for making September 1st just a little more special for me.

The New York Times featured an article in the latest in a series on the “future of reading.” The article compares two schools of thought: one that lets children have complete discretion of the books they read; the other that dictates assigning children a set curriculum. In the end, these two competing ideologies each have […]

Back to School “Starting off on the right foot”

No matter when the school year actually begins, Labor Day symbolizes Back to School. For me, the beginning of a new school year always brought both anticipation and excitement along with the daunting reality of new schedules and responsibilities for my children as well as for me. As much as I looked forward to my […] 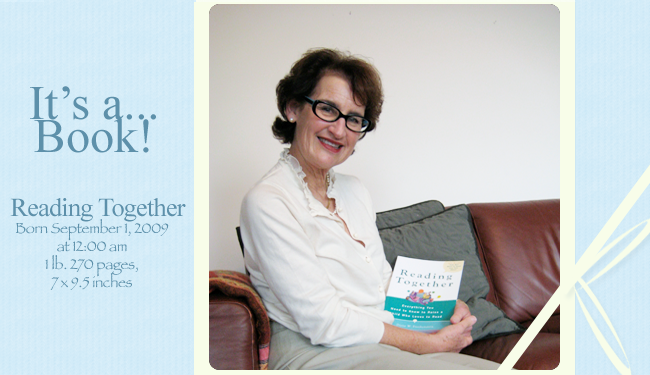 Please come to a book signing near you!

A Thought to Ponder

“Our lives are not made up of atoms; they are made of stories.” – Muriel Rukeyser